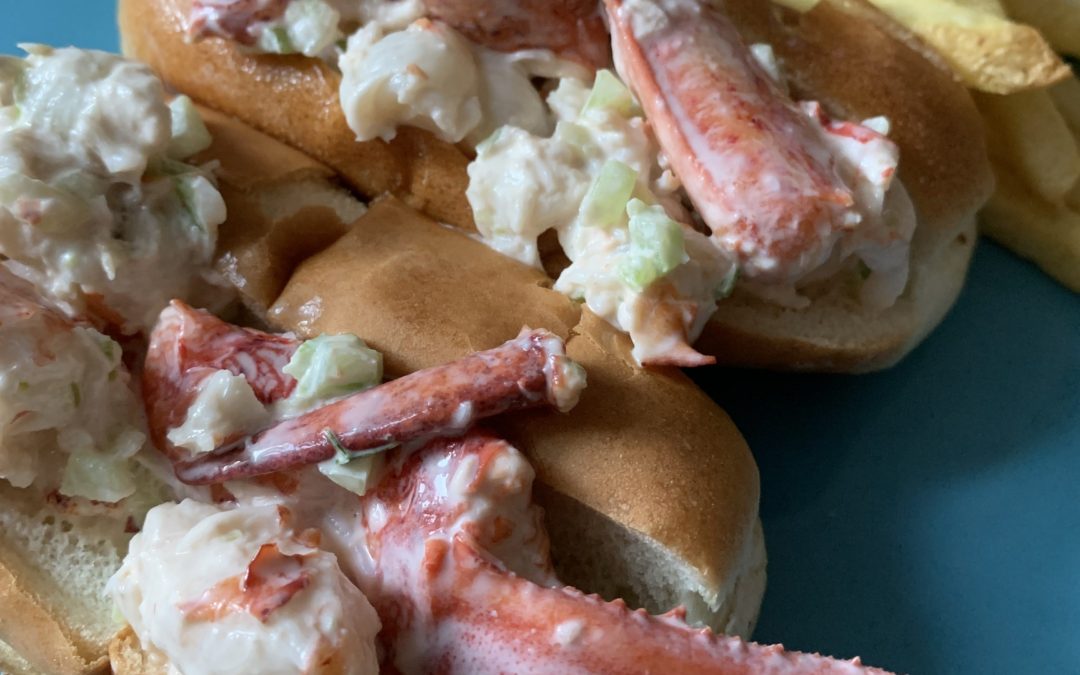 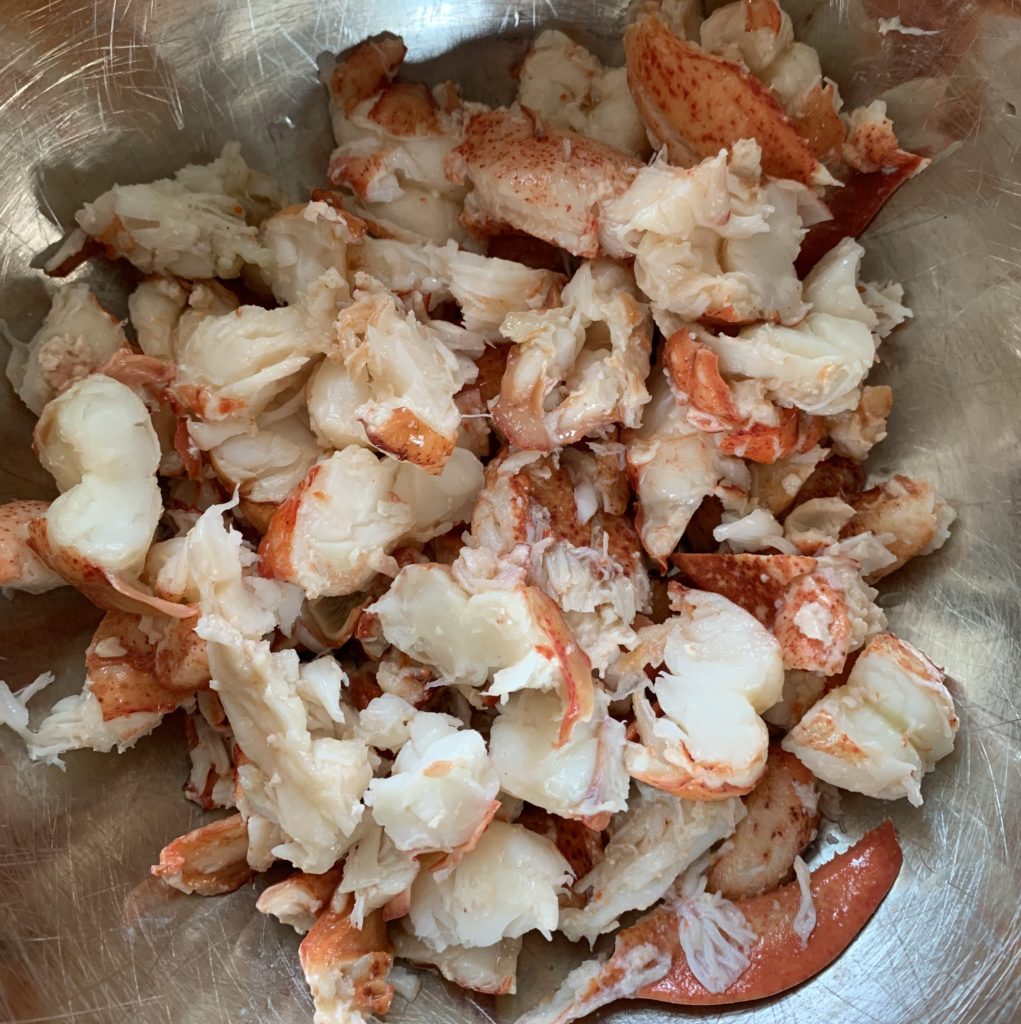 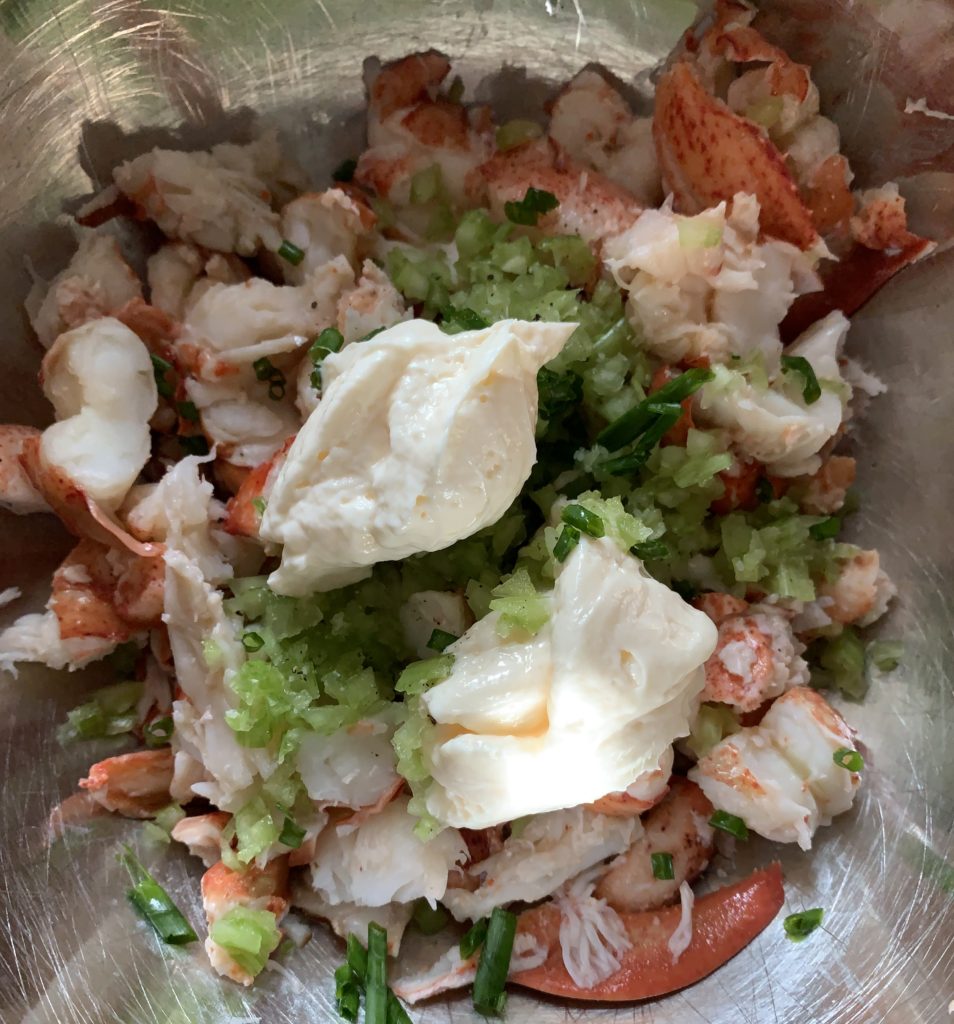 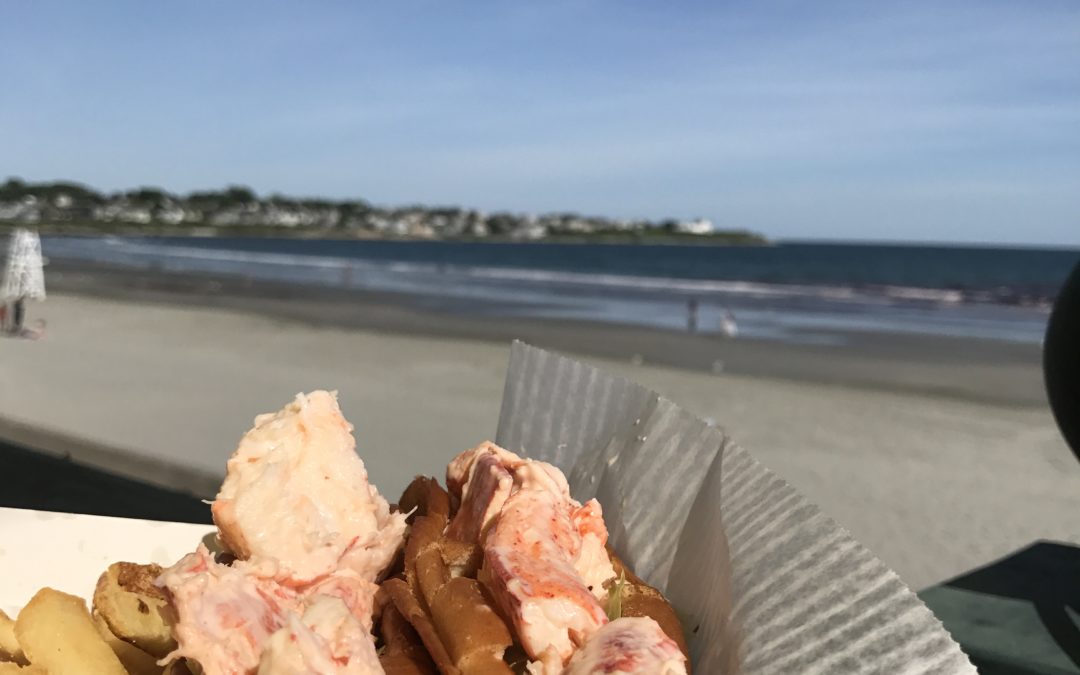 As many of you know, I am moving to Newport, Rhode Island shortly. We recently went up to Newport to scout it out. That is a whole another story filled with drama. And I am not a mama for the drama so I will spare you most of it. Instead, let us talk about food. Fresh lobster rolls on the beach. Foods with Italian and Portuguese flavors. 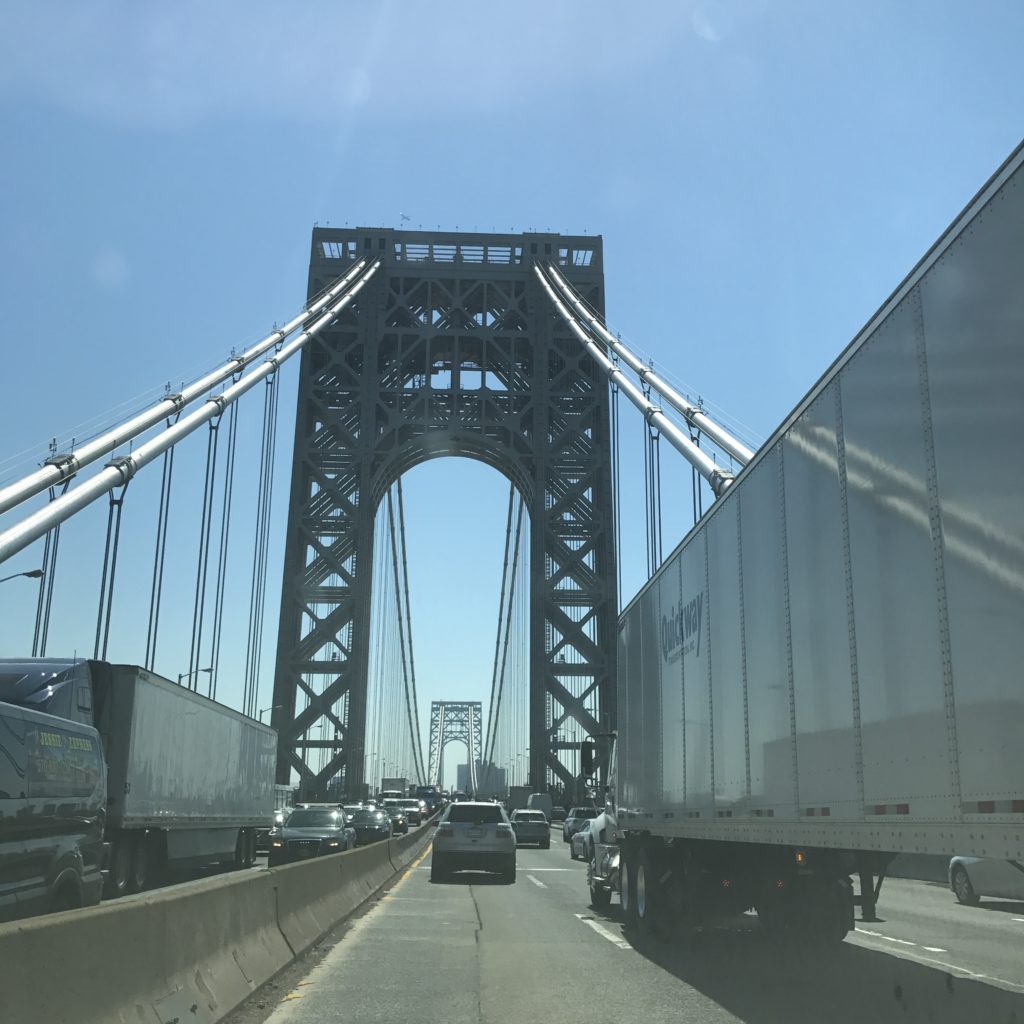 We had traveled for two days on I-95 through some of the consistently worst traffic over 500 miles and me having the nastiest summer cold known to humankind made the drive even longer. The journey should have been called, “Mad Max: Mom’s Driving The Honda.” OK, it was more like the children’s book, “Axel Annie” and her catch phrase, “both hands on the wheel and nerves of steel.” Though I have to say by exit 8A on the Jersey Turnpike I was back to driving like someone who grew up in the Northeast. All the Southerner driver politeness left my body that has gathered in me over the decade I have lived in the south. As of the photo above, I did not drive and shoot. This was me going zero mph on the George Washington Bridge for thirty minutes. It may have been longer, but I drive a 5-speed and may have blocked out the pain.

My Rhode Island foodie experience started at the rest stop on I-95 northbound. We stopped for a quick wee break. I started chatting to the security guard. Our conversation turned to food quickly. We talked about BBQ and how nice smoke eel was. This was a good sign. He also told us how to get to Newport in a more scenic way. An even better sign.

After driving through the rolling hills, we came to the water. I felt like I was home. When we drove over the Jamestown Verrazzano and the Newport Bridges a certain level of glee overtook me. It was breathtaking. The weather was perfect. Beautiful blue skies with white fluffy clouds. Sailboats in full sail gliding on both sides. The impressive Naval War College standing guard on the water. It was a postcard of perfection.

Of course finding a place to live, a school for my son, and business networking were important… but really finding an outstanding lobster roll was top of my list. I like food. I like good local food. And I really like lobster rolls. My first one was in Maine years ago at Reds Eats in Wiscassetout, Maine. In other words, I had the best first and my standards are high as a result.

I did not consult guides or online review sites. I went straight to the source: locals. They know best. And the best lobster rolls do not come from the tourist area of the Wharf or Thames Street. I mean I’m sure that they are good, but I am not paying $50 for a lobster roll or anything else.

Now like with everything that has to do with “traditional” foods, there is always a debate about its origins. The lobster roll is no exception. Many stories about, but what we can be sure of is that it started out in a humble way. It is a simple meal with regional differences. In Connecticut, the lobster roll is served warm with butter while in other parts of New England, it is chilled with mayo. Honestly, I will eat it anyway it is served. Fries or potato chips are standard sides. I am sure it started on plain white bread folded, but nowadays, a toasted hot dog bun. This is not fancy food, just good food that makes your mouth happy. 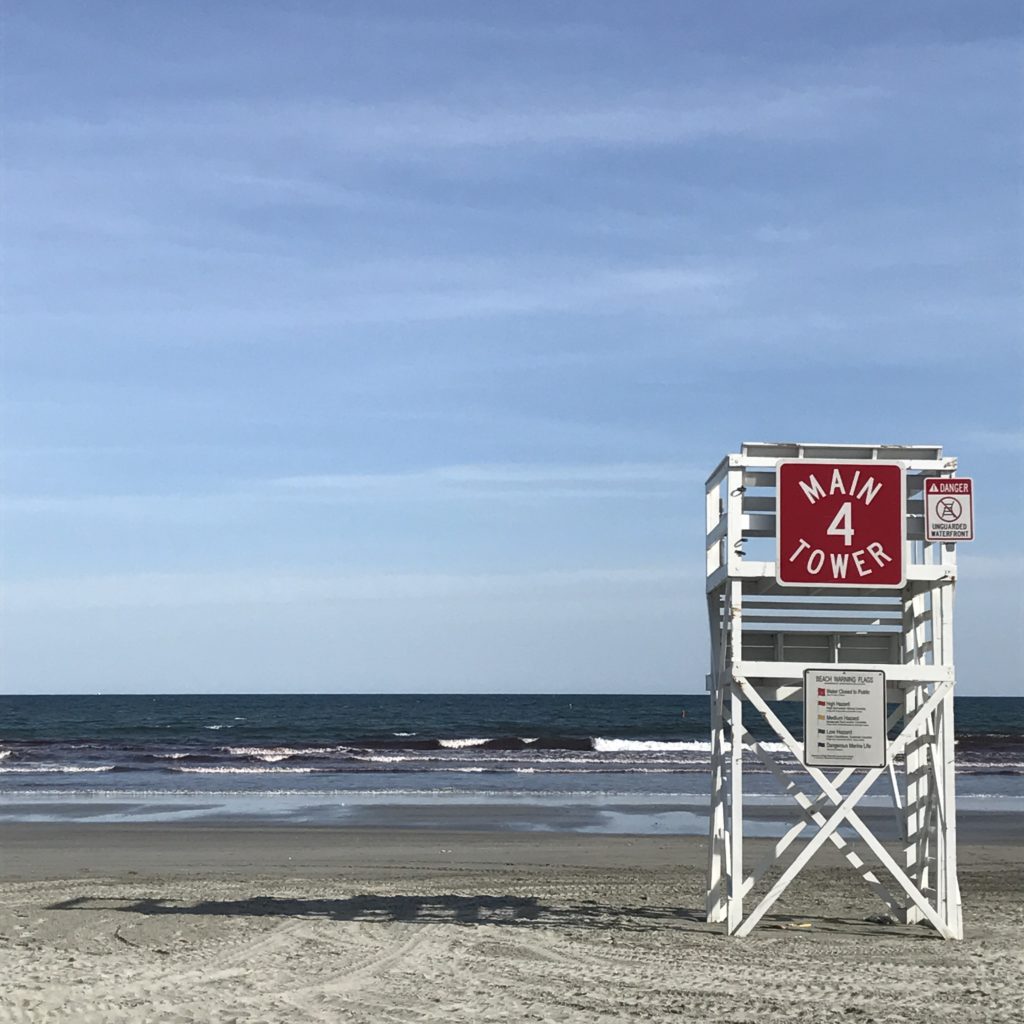 Yes. The Easton Beach Snack Bar is where I found the lobster roll. It is an unassuming place. It is a snack bar. Really. It is on Newport’s public beach Easton Beach above the lifeguard office. Unless you knew to look for it, you would not know it is there. It is open seasonally and closes early evening. Lots of locals seem to come in and take the food home since parking is free after 4 pm in the lot. The seating is simple. Shirts and shoes are optional.

The twin lobster rolls with fries for less than $17.00 with an amazing view. Hello. I plan on getting very used to this during the summer. And my goal is to get a chair named after me. 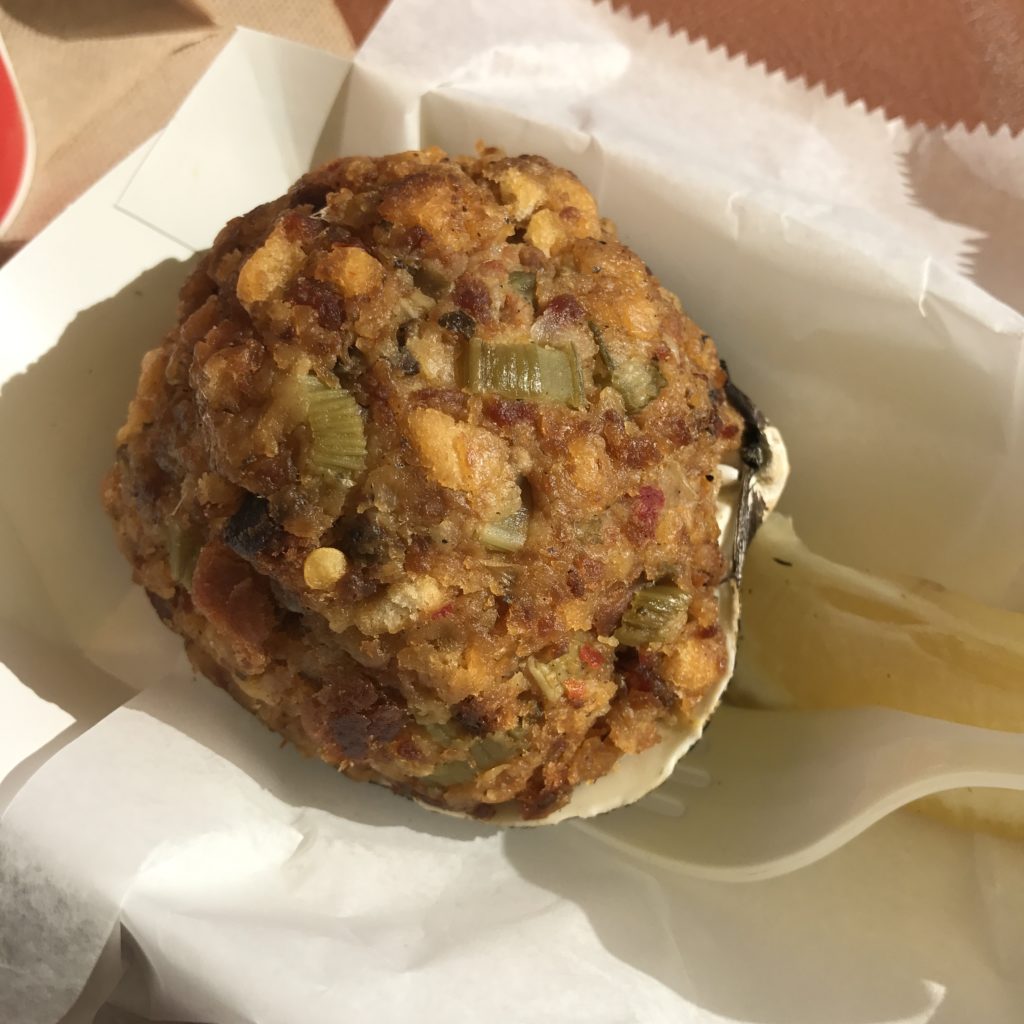 They also served Rhode Island Stuffed Quahogs. Honestly, it looked cool being served in a shell so I ordered one to try not having a clue what it was. Quahogs are a large, rounded edible clam found in New England. Stuffed Quahogs are minced Quahogs, Portuguese Chouirco sausage, spices, and bread stuffing. It was quite good. 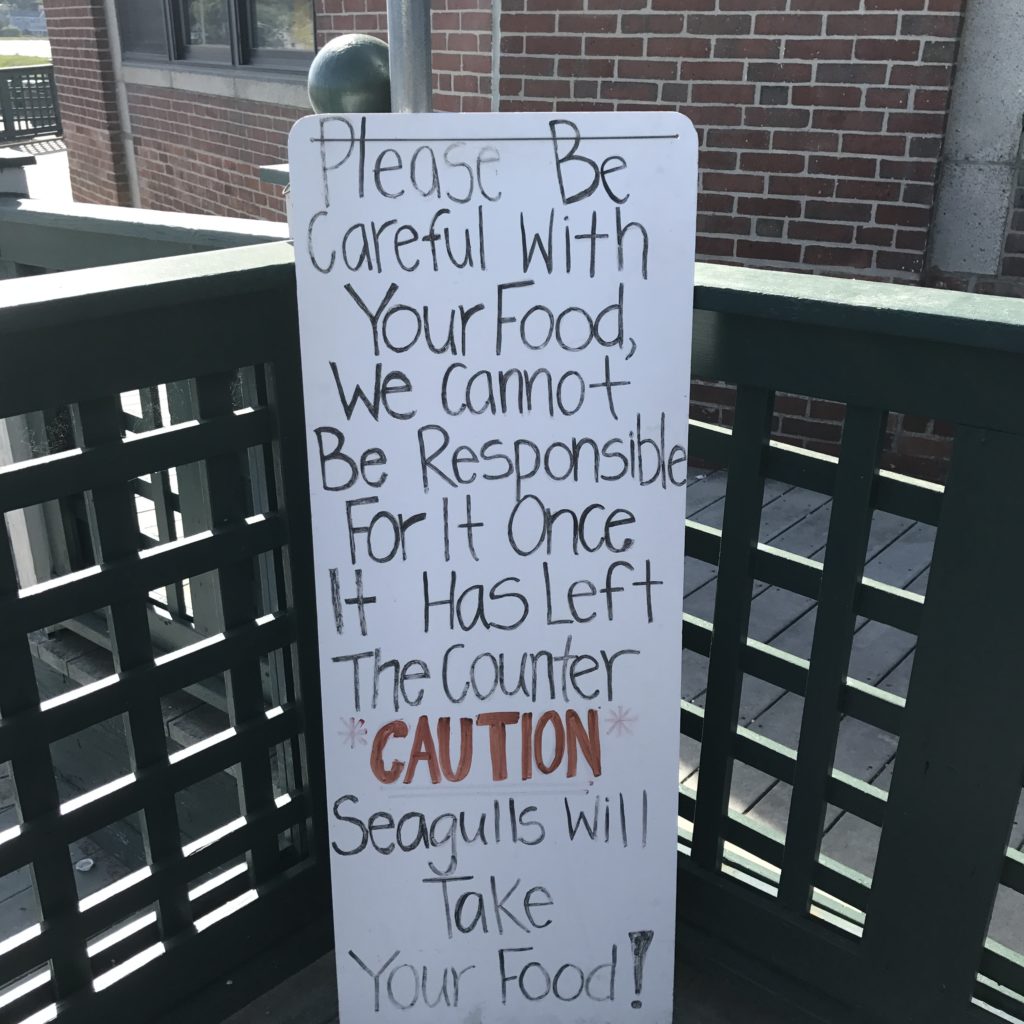 You will have to be very careful with the seagulls apparently. They seem to be an organized gang of winged thugs bent on getting your food. Glad they had the sign to warn folks. I drove through I-95 hell for this lobster roll and I did not plan on giving it up to a seagull. And these were the biggest seagulls I have ever seen. I watched them pick through someone’s beach bag and fly off with a windbreaker. I am afraid they could fly off with a small child or Yorkie.

I am looking forward to the move to Rhode Island and experiencing Rhode Island’s food traditions and culture. Rhode Island here I come… ready or not!