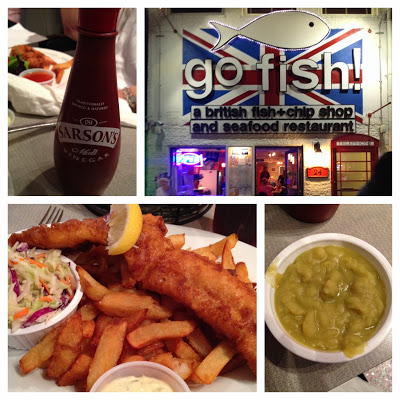 GoFish – British Comfort at the Beach There is something about fried food at the beach that is so good. We enjoy our fish and chips in the Van den Hurk family. And being Irish, I’m genetically disposed to craving fish and chips. With lots of malt vinegar doused on it. To the disgust of my Dutch husband who prefers a mayo-based sauce for fried potatoes.

When I’m Rehoboth beach in Delaware, I love to eat at GoFish. It is a British fish and chip shop on Rehoboth Avenue near the boardwalk. It has been there forever by beach standards… over a decade now. It is offers the best in British comfort food: fish and chips, batter sausages and chips, bangers and mash, shepherd’s pie,  and mushy peas. It is fresh. The coating is crisp and flavorful. All of it is fried to perfection.

Don’t forget to save home for dessert. GoFish has some amazing desserts. I didn’t have dessert this time; however,  the sticky toffee pudding is wonderful.

After finishing your meal, go for a stroll on one the nicest beach boardwalks in the country. Just watch out for the seagulls… though I hear that’s good luck. 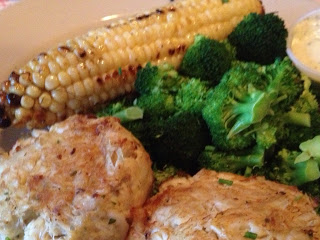