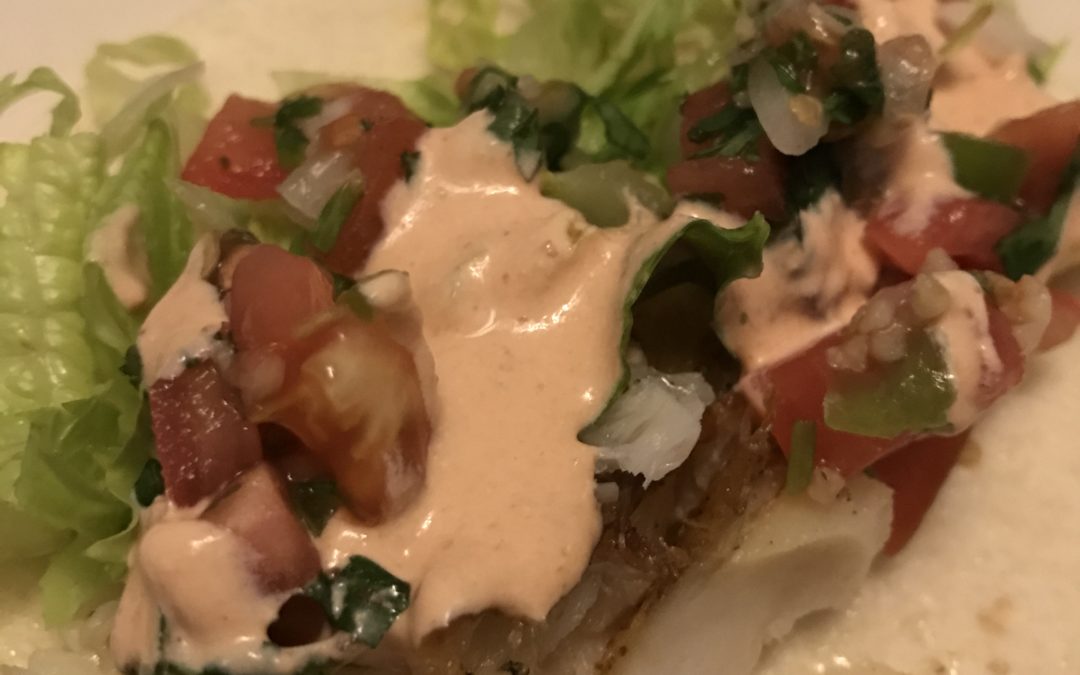 Not only for Taco Tuesday, but maybe Fish Friday, these fish tacos will satisfy everyone. We’ve never done Taco Tuesday in our house. The local Mexican place offers $1 tacos on Tuesdays.  We would go and eat our tacos, but honestly they were pretty sorry tacos. Only two kinds: chicken and beef. Always leaving unsatisfied, we stopped going. Why pay for that wasn’t meeting your expectations? Even if it was a dollar.

I decided this past Tuesday that we needed to do Taco Tuesday. Mainly because I was bored and wanted to cook something new. And I rarely cook anything from south of border. Decided to make fish tacos. I’ve eaten them in restaurants and while they were tasty there was something that never worked for me. Best way was me to make them.

Made with cod, homemade salsa, and fiery sauce, they are delicious, fast, and simple. Perfect for busy weeknights. I make my own tomato salsa and mix my own fiery sauce. The extra effort will reward you in flavor and freshness. I keep the cod very simple by seasoning it with salt and pepper cooking it in a little bit of olive oil for it to get brown and lightly crispy.

My guys are already requesting them for next Taco Tuesday, but with shrimp. So our first Taco Tuesday was a success! 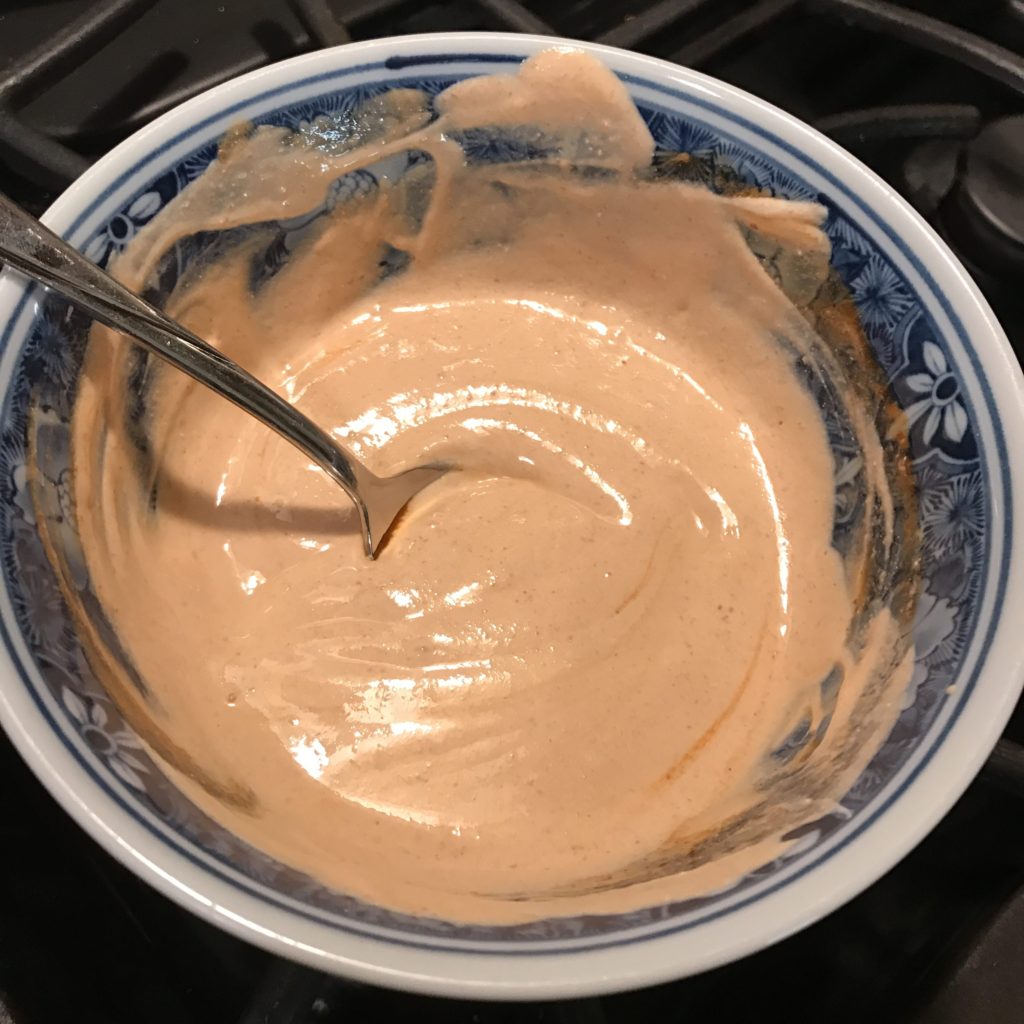 I used cod, but other flaky fish would work as well as shrimp. Per request by my guys, they wanted both fish and chicken. I agreed to have both. While I seasoned the fish with salt and pepper, I seasoned the chicken with a spicy mix of pepper and chili. 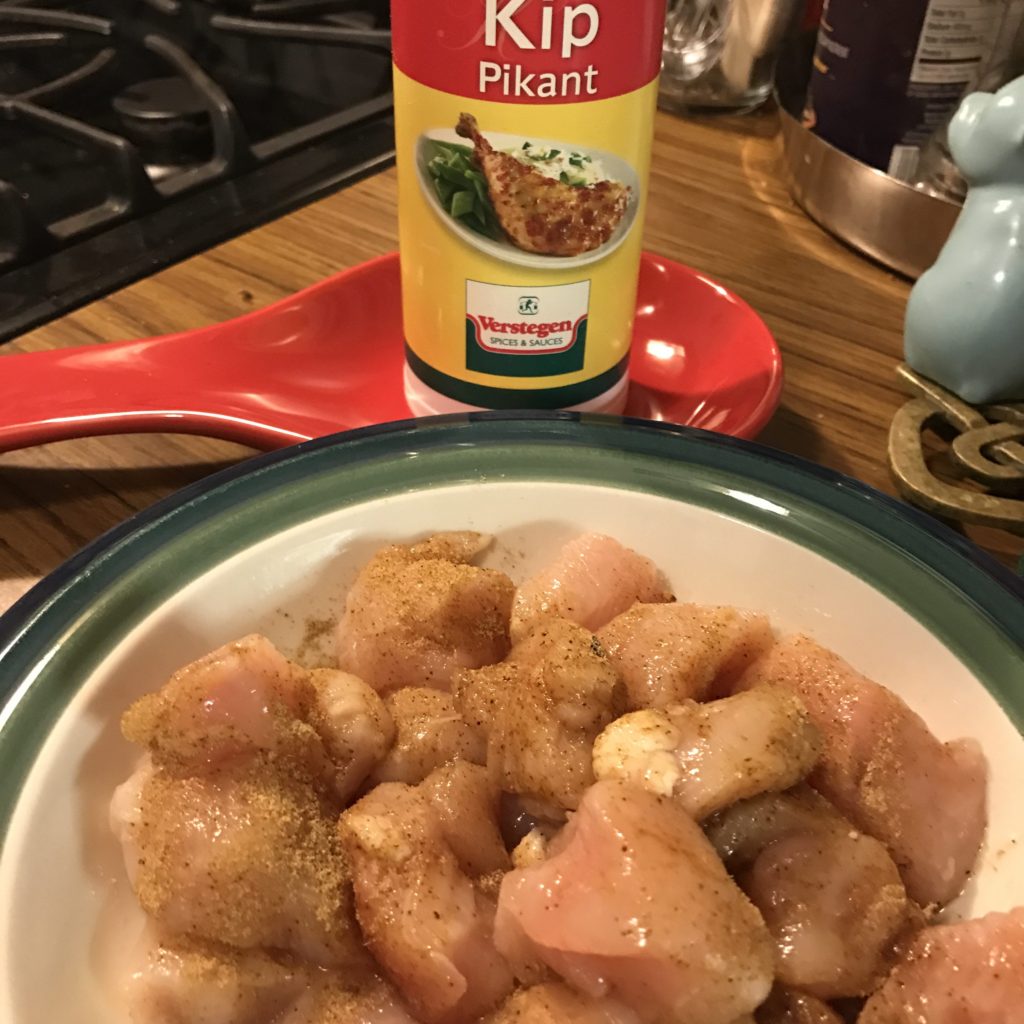 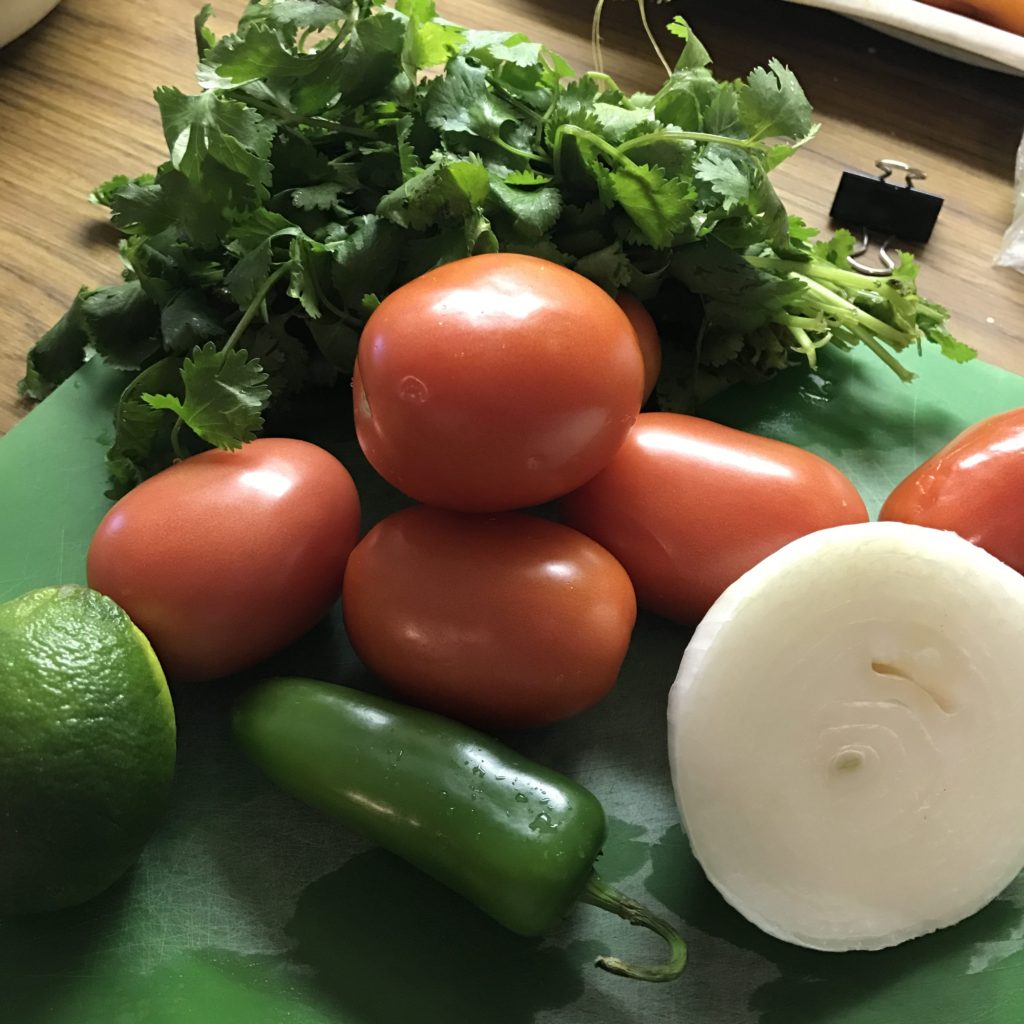 Mix together in small bowl.

Mix all ingredients together. Let sit for 30 minutes at room temp and stirring a couple times. 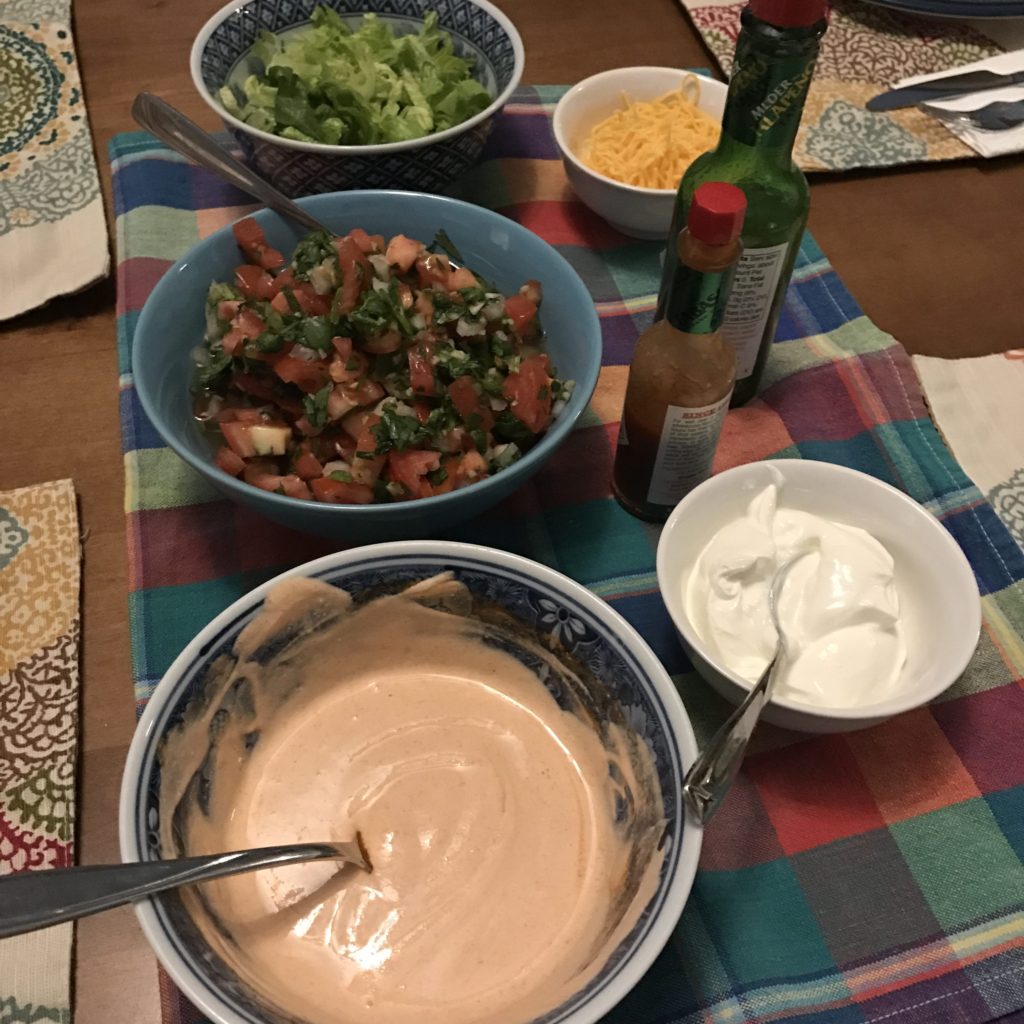 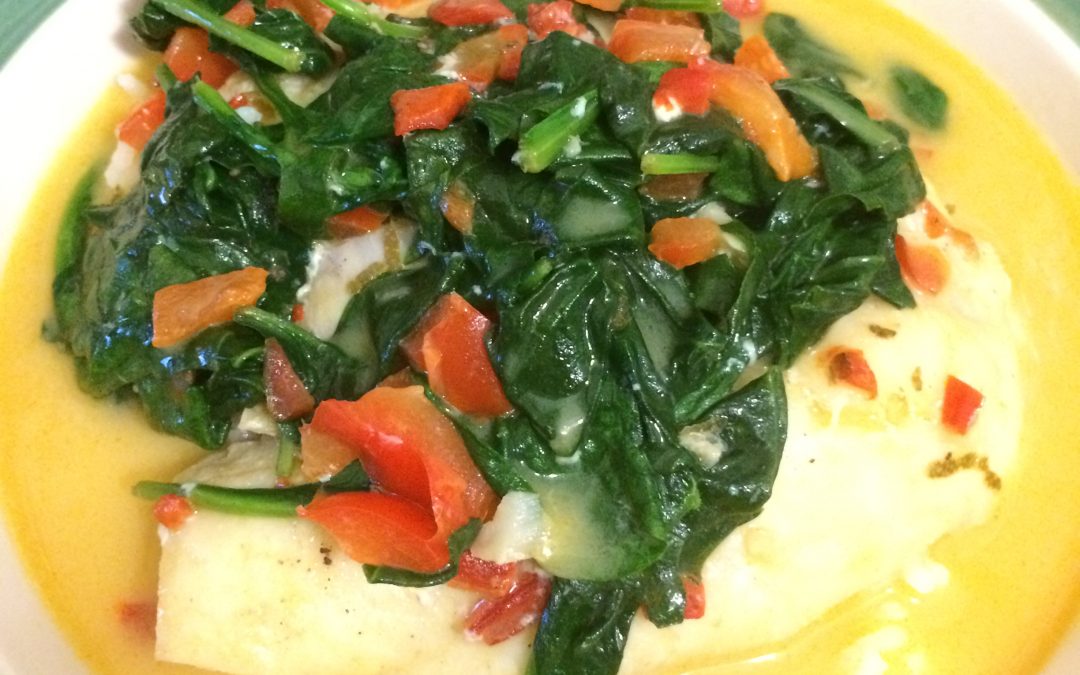 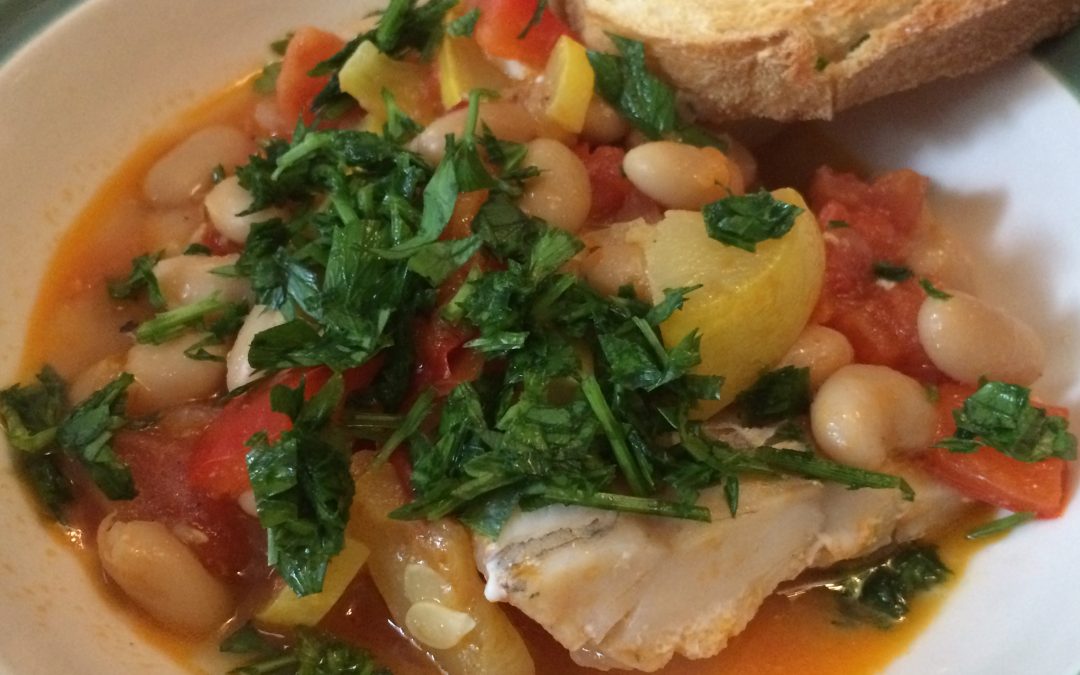 Poached Cod with Tomatoes and Beans

Poached Cod with Tomatoes and Beans

Poached Cod with Tomatoes and Beans makes me think of the coast of France. Perhaps a cafe on the beach in Normandy. This is the perfect dish for gray skies and a rough sea. Or in my case a summer evening inland on the flatlands of eastern North Carolina. Anywhere you prepare this dish, it will be good.

It is a healthy, simple, and quick dinner that looks like you slaved over the stove for hours. You could even serve this dish to company to rave reviews. And I have.

Simple ingredients make for a clean rich flavor. The ingredient list is short and easy to find which is always helpful depending on where you live and how busy you are.

Serves 4. Takes about 45 mins to cook so it give time to check Facebook and Instagram. At about 400 calories, your waistline and heart will thank you.

Olive Oil
1 Red pepper, chopped to your liking, but I do chunky making it more rustic
1 Onion, chopped
1 Yellow squash, chopped and pick a large one
3 Tomatoes, chopped
2/3 teaspoon salt, I use kosher
1/4 teaspoon pepper, I never measure pepper, but a few good turns of the grinder should do
1 can cannellini beans, wash and drained
4 cod fillets
Parsley, chopped

Heat oil in a large Dutch oven then add the red pepper and onion over medium heat. Cook until they are soft then add the squash and tomatoes with salt and pepper. Cook until tomatoes have broken down and squash has softened stirring a few times. Add the beans stir until mixed. Place the cod fillets on top of the mixture. Turn down heat to simmer covering and letting cook until the fish is flaky. Sprinkle with parsley.

Add buttered toast if you want. Being able to pile the bean mixture on the toast is very yummy and satisfying. Serve with a fork or a spoon.

There you have it. Poached Cod with Tomatoes and Beans. A little taste of France in 45 minutes.

This recipe was adapted from Real Simple.

We love fish in this house. I’m always on the lookout for new, simple, and yummy fish dishes.

I tried a new one tonight from Real Simple: cod with marinated tomatoes, polenta, and sautéed spinach. It was wonderful! Quick and easy make… under 30 minutes. Plus it is healthy coming in under 400 calories per serving and using all fresh ingredients.

It is a keeper. All of us enjoyed it.

PS – The tomatoes were from our garden and they were the best.