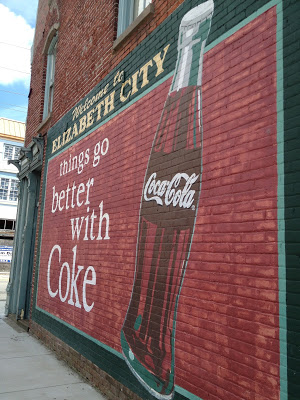 We all have them. A food or drink, which is our kryptonite. Coca-Cola is mine.

I’ve used Coca-Cola as a crutch. I had a Coke when I was stressed. I had one to spark creativity. Some days I had two or three. Sometimes more than that.

Drinking Coca-Cola, it was a ritual. It was my afternoon “cocktail,” a cold glass of Coca-Cola with a lime while sitting on the front porch. When having breakfast out, I would drink a Coca-Cola. (Can’t get a decent cup of tea anywhere; always tastes like coffee.) It was just part of my life.

I’m in the process of transforming my lifestyle to be more healthy and finally lose the baby weight for the baby who is now six years old. Sugary drinks had to be eliminated from my diet. They have been known not only to cause weight gain, but also inflammation. Two things I don’t need.

I am working towards breaking my addiction to Coca-Cola. I’ve have not had one in over ten days. It has been hard. Thanks to a coping method my trainer shared I’ve been able to not to drink a Coke. The method is when I get a desire for a Coke then I drink 32oz of water in a sitting. And if I still feel like one after that then I can have one. So far I haven’t; because, I’ve an idea of what will happen if I did… most likely I would barf and that’s something I’d like to avoid.

Since eliminating Coca-Cola from my diet with some other diet changes and exercise, I’ve lost close to five pounds since July 29. And it is said it take about three weeks to break a habit and gain a new one so I’m about half way there.

Onwards to the return of healthy habits.  And by the way… I am sipping 32oz of water right now…