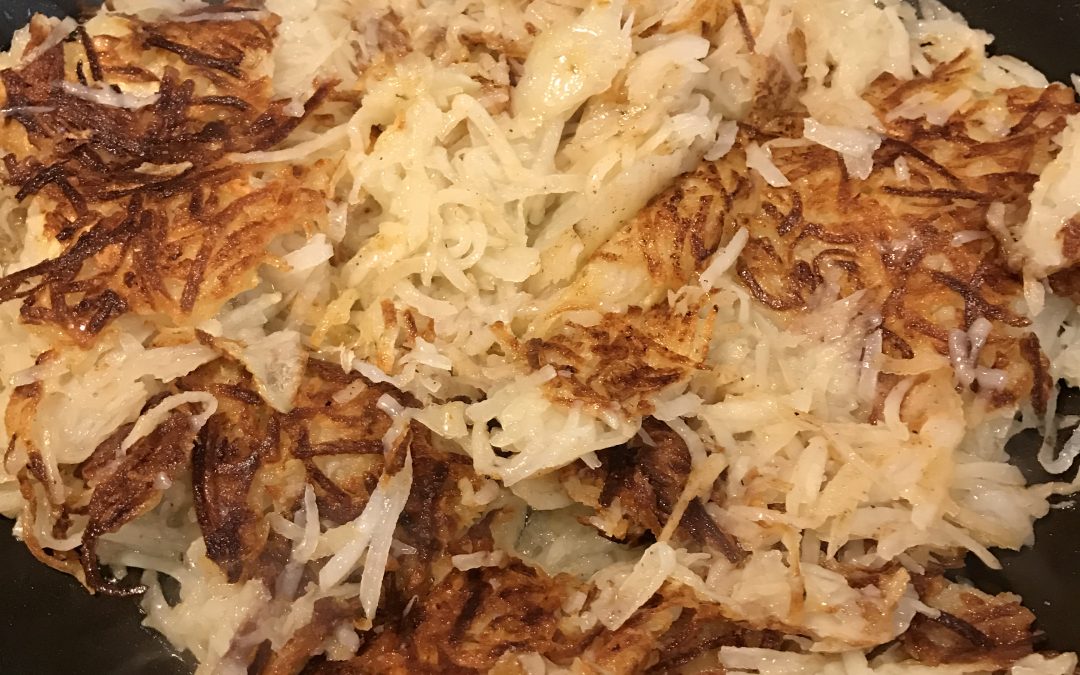 It is Sunday morning and the birthday husband fancies an American breakfast, which requires a fried potato product and in our house it would be hashbrowns. We were suppose to have snow; however, it rained and rain then the temps dropped. Everything is covered in ice: the cars, sidewalks, and roads. No throwing on clothes, piling into the car driving over to Waffle House for an American breakfast. We are not going anywhere anytime soon though the gallon of milk is almost finished. So either I will be walking to the Walgreens or attempting to drive to Food Lion.

Back to the hashbrowns. I will be honest, mornings can be slow going for me so the idea of making a huge breakfast is not something I prefer to do. When I was grocery shopping for the weekend, I went to buy hashbrowns. They were out. Bummer. I did not think about it until this morning when my husband asked how we can make hashbrowns.

Hashbrowns are very easy to make, so I don’t know why I buy pre-made ones from the grocery store. Weekend morning laziness I guess. To make them you’ll need potatoes, butter, salt, pepper, paprika, and red pepper. For equipment, a food processor, large bowl, and colander will make your fried potato endeavor easer and quicker.

There are some keys to making good ones:

Hashbrowns aren’t just for breakfast. The Europeans have their rösti. It served at dinnertime making for a hearty and warm meal on a cold winter’s evening.

Once you make your own, it will be hard to go back to the pre-made grocery store ones.