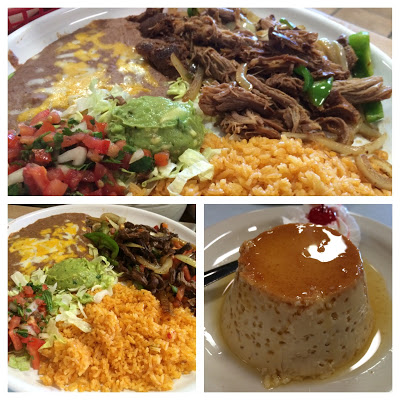 UPDATED August 3, 2016 – The restaurant has changed management and it isn’t as it was when it first opened. Very disappointing that this has happened since it was outstanding.

Looking for good Mexican food in Tarboro? Moctezuma Mexican Cuisine is much better than good, it is outstanding.

I’m picky about my Mexican food having grown up outside of Kennett Square, PA and Wilmington, DE with large Mexican communities. I’m not a fan of Mex-Tex cuisine. I think it is too heavy and greasy where everything is made overly spicy. So I’m skeptical walking into just any Mexican restaurant.

Due to my McDonald’s beverage addiction, I’ve been passing Moctezuma and watching the restaurant evolve from a shell into a welcoming restaurant for a couple months. Among my friends, we’ve been watching and waiting for the restaurant to open up since the other Mexican restaurant in town isn’t up to our standards.  When it opened, my friends tried it and the reviews came back thumbs up. So we had to make our way there.

Moctezuma Mexican Cuisine’s menu is vast. Eight pages to select from.
All the meals we ate was served with refined beans and rice. The refried beans were superb. They were fresh, creamy, and light. The rice was moist and perfectly seasoned. This is the standard for us. Every Mexican restaurant we visit we try the pork carnitas. These were amazing. The meat was moist, tender, and flavorful. Not a bit of fat anywhere. With such a vast menu, I couldn’t make up my mind, the waitress suggested chicken taquitos. It is chicken and cheese wrapped then deep fried. Flan is another standard from me. I love Flan and its creamy goodness. Their flan is homemade and is pretty perfect. In fact, I could have just made a meal out of it. The portion, like with every dish we had, was generous, but why would you share your flan?

This is a great find and a gem for a small town. A family run and family friendly place for everyone to enjoy.

Food: Everything was fresh and seasonings were just right.

Staff: The waitstaff was friendly and knowledgeable about the menu. The owners were bringing food out from the kitchen and talking with patrons. The kitchen was efficient and smooth. That’s a feat for a newly opened restaurant to be working like clock work so early on.

Drinks: While I don’t drink, they have an extensive drinks menu. I’m pretty sure they can make a pretty mean Margarita.

Price: The prices were reasonable with dinners all well under $20. For the quality and quantity of food, it is worth every penny.

We’ll be back and pretty sure will become regulars. And next time I have my eye on the traditional sopas offered as well as their seafood dishes.

They are located next to the Parkhill Cinema.